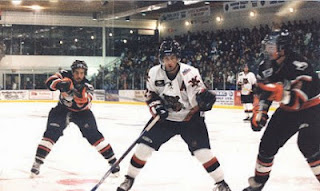 The Bulldogs last played Sunday evening, where they lost their second straight 7-2 to the Victoria Grizzlies. The Clippers haven't played since Saturday night, where they had a three game winning streak snapped with a 6-1 loss to the Cowichan Valley Capitals.

The Bulldogs carry an Island-pod series head-to-head record of 5-0-1-0 against the Clippers. The most recent meeting between the clubs was on Monday, May 3rd, where the Bulldogs picked up a 7-2 win.

I can't express my heartfelt thanks enough to EVERYONE that made this all happen - it was an absolutely HUGE undertaking throughout the league and throughout the Alberni Valley. For people like me, on the outside, we'll never truly know and be able to appreciate the effort, time and sacrifice that everyone made.

For a small example of the appreciation shown to everyone locally in the Alberni Valley, look no further than the series of tweets below from the Victoria Grizzlies. An awesome gesture by them, to make the rest of us at least somewhat able to understand everyone's efforts! 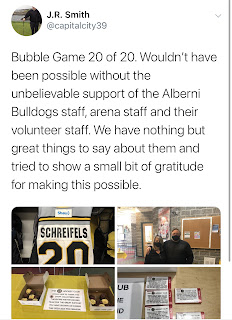 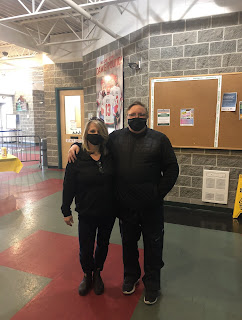 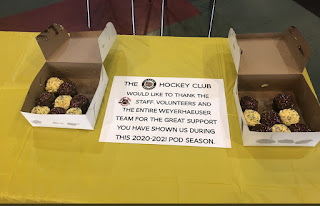 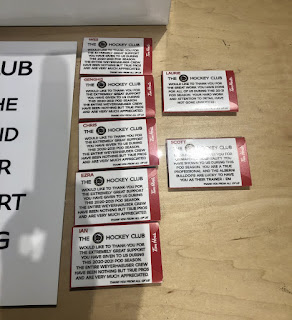 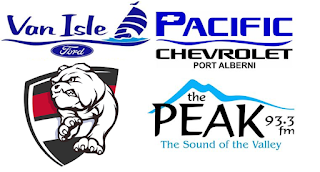 After tonight, I know I'm really going to miss this! Van Isle Ford Bulldogs Hockey on 93.3 The Peak FM is on the air at 6:45 for the pregame show, with the game action to follow after 7:00pm Pacific.

* Stephen is the only repeat interview throughout the pod season. It has always been my goal to give every player the opportunity, and I don't play favourites or make it performance based. I think I got to 18 different players. To the guys I didn't get to - I'm sorry, it was nothing personal. With Stephen playing his last game tonight, and with the length of his tenure with the team I believe the fans would like to hear from him one last time and I also selfishly wanted to as well!

Tonight's 2nd Intermission guest is Bulldogs President and Owner David Michaud, from my 93.3 The Peak FM morning show yesterday as we talked about everything that happened before and through the pod season, and look to the future. 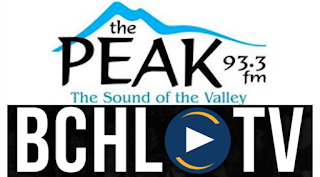