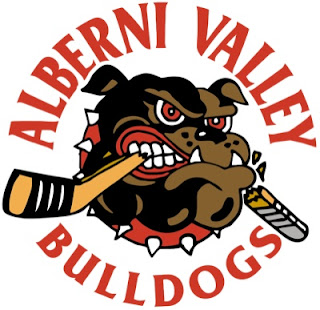 The Bulldogs have two preseason games remaining, as they prepare for their season opener a week from tonight in Duncan. They'll visit the Clippers tonight at the Nanaimo Ice Centre - NOT the Frank Crane Arena. The teams will meet again tomorrow night at Oceanside Arena in Parksville. 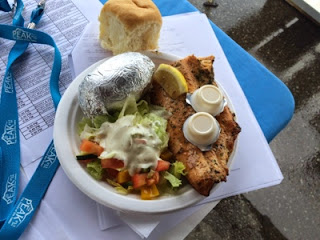 I regret to inform you that I won't be attending tonight's contest, as I'm involved all weekend in the 47th Annual Port Alberni Salmon Festival. I can taste that dinner already!


Having said that - I'll do my best to keep you updated on the proceedings. I'm broadcasting live tomorrow from the festival grounds throughout the morning into the afternoon, but I might attempt to make a roadie with my kids to check out tomorrow night's game to provide some updates. 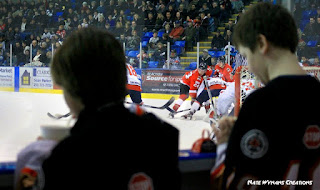 It's the second meeting between these teams in a matter of days tonight at the Multiplex, after a 5-3 Bulldog win last night in Duncan over the Capitals.

It's the Capitals first road game of the exhibition schedule and the final preseason game on home ice for the Bulldogs.

Myself, Bruce MacDonald and Dan Tisserand - play-by-play, colour commentary/analysis and team and individual statistics respectively - will bring the game to you (provided there's no technological hurdles, fingers crossed) on Hockey TV.

I cannot stress enough that this is NO WHERE near the product that you can come to expect throughout the season when we are broadcasting on 93.3 The Peak FM and Hockey TV takes our audio broadcast to sync up with their video pay-per-view.

We won't have any produced elements or much of a pregame show, intermission coverage, interviews, or a post game show or anything along those lines.

We also don't have much lead time when it comes to finding out rosters/line ups and associated names and numbers for players like we do throughout the season, so please keep that in mind.

It bothers me to put out a less than "finished product" but I know that fans/parents/families etc will appreciate it none the less! Once again - this is strictly a volunteer effort to:a) make sure all our equipment worksb) to make sure I still remember how to do play-by-play (HA) and Bruce still knows how to do colour and analysis and Dan still remembers how to count and tabulate.
and
c) to give you an opportunity to be able to follow the game.

To watch the game, head on over to HOCKEY TV 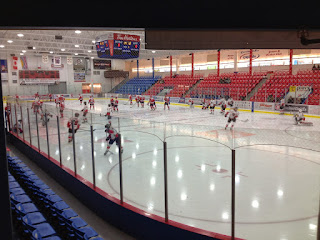 The Bulldogs continue their preseason schedule tonight, as they visit the Cowichan Valley Capitals at the Island Savings Centre. The Caps will return the favour tomorrow night and make a trip to the Dog Pound.

There will be an audio-only/internet only broadcast tonight, courtesy the voice of the Capitals, Justis Doucet - in advance of the puck drop tonight, just click this link to listen live.

Good news regarding tomorrow night's contest - Bruce MacDonald and I will be volunteering our time to provide a HOCKEY TV ONLY broadcast of the game.

More on that tomorrow!

Thanks as always for stopping by the blog. 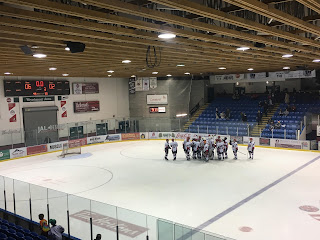 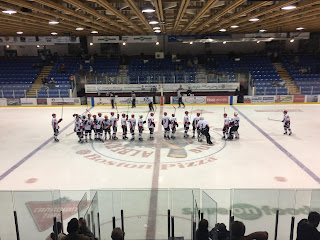 The Kings take a 1-0 lead just 2:04 into the game on a delayed penalty and a 6 on 5 situation with Mitch Adamyk on the bench for the extra attacker as Nic Porchetta walks across the crease and tucks it past John Hawthorne. Radek Hewson assisted at 2:04.

The Bulldogs go to the power play with 5:33 gone in the first as Neal Samanski is ejected for a check from behind on Dawson Tritt.

The Kings go to a 5 on 3 power play of 95 seconds in duration with just under nine minutes to play in the first with the score still 1-0. Prior to the second penalty being called, Austin Spiradakis skates in on a shorthanded breakaway and beats Adamyk but hits the post and it stays out.

The Bulldogs successfully kill off the penalties, and immediately following the return to 5-aside hockey Aaron Bohlinger walks to the slot with a pretty move and puts a shot off the crossbar that again stays out.

The Bulldogs tie the game at 1-1 3:22 into the second, as Michael Sacco tips home a Keaton Mastrodonato point shot. Aaron Bohlinger also draws an assist.

The Bulldogs take their first lead of the game with 3:51 to play in the second when Keaton Mastrodonato deflects home a Ryan Novecosky point shot past Matthias Smith, who entered the game in relief of Mitch Adamyk - who stopped 18 of 19 shots at the midway point of the period. Michael Sacco also gets an assist.

The Bulldogs take a 3-1 lead late in the second, as Keaton Mastrodonato wins a faceoff back to Aaron Bohlinger, who beats Smith with a high wrister from the line at 19:24 of the second.

The Bulldogs had the lone power play of the period.


The third period begins with the Kings on the power play on a penalty at the 20:00 mark of the second, but the Bulldogs kill it off to protect their lead.

The Kings earn another power play with eight minutes gone in the frame, but again kill it off.

The Bulldogs go up 4-1 at 10:37 of the third when Michael Sacco collects a loose puck in front ff a Camron Cervone shot that hit Keaton Mastrodonato in front.

The Kings make it a two-goal game with 4:32 remaining, as Mitchell Williams spins and fires in front, high far-side over the glove of Hawthorne. The Bulldogs get it right back half a minute later, as Dawson Tritt beats Smith short-side from in close. Spencer Hora and Stephen Castagna grew the assists at 16:10 of the third.

The Bulldogs go up 6-2 with 1:42 to play in the third as Mitchel Deelstra takes a hit to create a 2 on 1 rush that saw Julian Benner set up Tyler Vanuden for a cross-ice one-timer that he made no mistake on.


The Bulldogs next see action Tuesday night when they visit the Cowichan Valley Capitals at the Island Savings Centre.

Thanks as always for checking the blog. 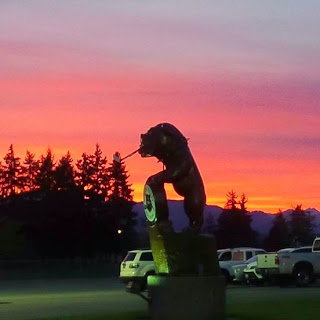 After last night's Intrasquad game (a 3-0 win for Team White/Broadcasters over Team Red/Toyota) - it must have been the Coaching....it's another step towards the season opener tonight, as the Bulldogs host the Powell River Kings tonight at the Multiplex at 7:00.

A special thanks to the Bulldogs for the invitation they extended to myself and Bruce to be guest Coaches on the bench - it was a fun experience, but I'm certainly more at home on the other side of the ice up in the booth!

We won't be broadcasting tonight's game - I will be providing live updates of the scoring here on the blog so be sure to check back tonight. If you're on Facebook you can get coverage from Kings Broadcaster Alex Rawnsley  through their "Free audio (or rudimentary video) broadcast with Alex Rawnsley and Zach Evans"

Sorry. In the most sincere way.... it's been way too long since I've updated the blog. I've very much enjoyed the down time not having to think about it and the work I put into it....but it's been too long, and I can't believe I didn't even make a final thank you post at the end of the year to wrap it up better.

It's not that I didn't intend to...I've had this post written and re-written many times. As the great Van Wilder once said "Procrastinating is a lot like being in a rocking chair. It gives you something to do, but it doesn't get you anywhere"

I've just been busy not being "busy" I guess, and worrying about hockey and the blog, and instead making up for lost time with the kids over the course of season. I've spent countless hours camping, swimming, laking, fishing, etc etc.

Back at it now - well.... not REALLY back at it compared to how I blog DURING the season... but I'll try to make more regular posts about the team, about things happening in the Alberni Valley, etc etc.

Here's a major catch up on the news from the team you might have missed - which I certainly didn't miss on the 93.3 The Peak FM airwaves, but I did miss putting on the blog....


I just returned to work today after a couple weeks off... I've been constantly trying to push from my head the thoughts of how unprepared I am for hockey to start again "I'm not ready, I need a couple more weeks" etc etc.

I was asked by the Coaching Staff to go through some videos from last season, and as I was doing so last night I stumbled upon the highlights from last year's Playoffs. INSTANTLY, I had the hair standing up on the back of my neck and thought "O.K., I'm ready, lets go!"


We aren't there YET though - but we're getting obviously closer with the opening of Training Camp today, and the first Exhibition game on Friday. Here's the schedule for this week