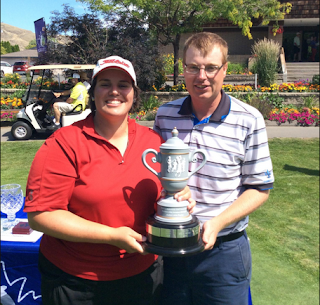 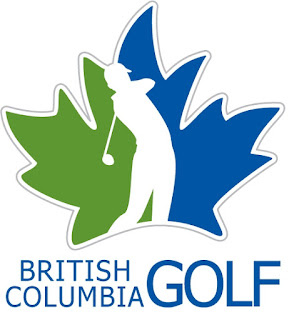 Proteau entered the final round tied with Victoria's Bree Sharratt, six strokes ahead of Stouffer, but Stouffer shot the first under-par round of the tournament, her (-4) round of 68 including four birdies in her final five holes.

Proteau said she knew Stouffer was making a charge when she saw Stouffer checking out the walking scoreboard on the 17th hole. Proteau then promptly hit her wedge to two feet, making birdie and a comfortable enough lead to play the final hole conservatively.

A five-foot par putt sealed the deal for Proteau, who thanked all of the family and friends who made this win possible.

With husband Jim on the bag and son Jameson being taken care of by Jim's parents, Proteau was able to concentrate on golf and winning her third consecutive Jackie Little Trophy, and the fifth time in seven years (2009, 2011, 2013, 2014, 2015) she's won the trophy.

"It's really special," said Proteau. "This one is probably the most special." Proteau said that since she had Jameson in December, she's only played 15 total rounds of golf, with many of those tournament rounds.

"I've tried to use it as a challenge just to see what you can do with not very much. Can you still compete? Is it still worth doing?" said Proteau. "I just scored really well, my putting and chipping were really strong,"

Stouffer, who's married to Fairwinds Director of Golf Ward Stouffer, is camping with her family and put the initials of all her loved ones on her golf ball for good luck.

Before she came to Duncan Meadows Thursday, she received encouraging words from her husband. "Ward told me this morning to go six shots better (than her second round 75)," said Stouffer. "I went 7."

Stouffer took advantage of the tee being moved up on the par-5 17th and just missed an eagle putt, a critical stroke that would have come in handy.

After hitting a bad drive on 18, Stouffer hit her 7-iron approach tight and canned the putt, which she accentuated with a fist pump.

Stouffer was very happy with her Thursday round. "I was just thinking I had to hit good shots, just keep focussed on what I was doing, pick my targets and make my putts," said Stouffer. "I guess I putted pretty well today. I didn't miss any short ones today."

The Dogs made another trade yesterday, moving Brett Stewart to Salmon Arm. Best of luck Stewie! 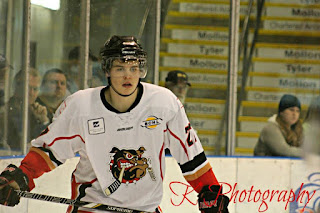 Port Alberni, BC – The Alberni Valley Bulldogs announce that Brett Stewart has been traded to the Salmon Arm Silverbacks for future considerations.

The Alberni Valley Bulldogs would like to thank Brett for his commitment to the organization and the community. 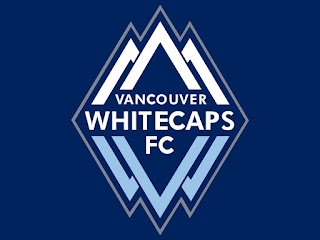 The Vancouver Whitecaps FC are bringing their Youth Skills Camp to town Monday through Thursday next week. If you are looking for something to keep the kids busy, get them signed up ASAP by following this link it's open to kids U6 to U14.
Posted by Hammer at 7/03/2015 07:47:00 AM No comments: