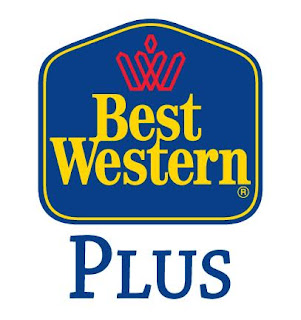 The BEST WESTERN PLUS Barclay Hotel, the largest full facility hotel in Port Alberni, BC. When staying with us there is no need to give up conveniences you are used to. You can discover treasures to take home at the Alberni Harbour Quay, and then browse our onsite Cold Beer, Wine Store and liquor store or retreat to our Stamps Cafe or Pastimes Sports Bar and Grill to enjoy a snack or to watch the game on our big screen TV. Then, relax in our sauna or pool before settling in our luxurious accommodations to enjoy the vintage wine picked up earlier. That's when you will truly understand why the tranquil setting of our hotel has been called the perfect place to call home. If traveling on business, our Port Alberni Hotel boasts over 4500 square feet of meeting space in four rooms that are perfect for small conventions, banquets, parties, meetings and weddings. AV equipment and catering are also available. 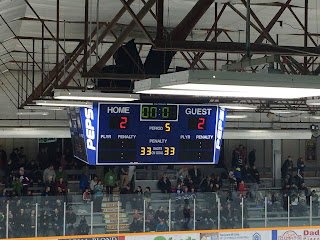 Not the sharpest of starts for either side of the puck in this contest, as neither team moved the puck especially well early and neither team registered a shot through the first five minutes. The Bulldogs appeared to have a legitimate bone to pick with the officiating crew in the early moments of game - especially considering that they were without two players due to suspensions stemming from head shots, as Cayden Kraus took a hard hit to the head off a draw in in the Prince George end. Credit to the Officials for at least convening for a discussion following the next stoppage in play to see if anyone saw anything, but no call came from it. The game remained scoreless until the back half of the first when the Spruce Kings found the net on a rather harmless looking wrist shot from the right point by Alex Stoley that was stopped by Brody Claeys, but the rebound went cross-crease and onto the tape of Tanner Campbell who out-fought a Bulldog defender to slide it home. Assists on the play went to Jarod Hovde and Kyle Johnson at 11:23 of the first. Shots favoured the Spruce Kings 11-4 after 20 minutes. \

Everything the Dogs lacked in the first, they brought in the second as off the opening puck drop the desperation was obvious in their play as they pushed the pace and forced the Spruce Kings into three straight icings in the first 50 seconds of the period. They would be rewarded for it just 16 seconds later as Troy Dobbs retrieved a dump in an made a nice head man pass up the middle of his own zone for Adam Donnelly. He made an equally nice feed through centre ice to Nathan Dingmann at the Prince George line, where he flew threw the defence and in on goal where he went top corner, far-side high past the blocker of Joseph McLeod to make it 1-1 at 1:06 of the second. The Dogs continued to press, and had a couple great chances before getting the go ahead marker two minutes later when Jordan SAndhu worked the puck back to the right point for Garrett Halls, where he snapped one on net along that ice that hit the post and stayed out, only to then be jammed home on the scramble by Tristan Bukovec to make it 2-1 Dogs at 3:19 of the second. The Dogs wouldn't be able to build their lead throughout the period despite too many glorious chances to mention. The most notable was an empty net chance in the dying seconds of the frame when Ryan Finnegan intercepted a misplayed puck back of the net by McLeod and threw it to the slot for Adam Donnelly. He would pound a slap shot at the empty net, that either hit the back bar, or the cross bar. It was too close for me to call, and the Officials didn't appear convinced either way. In the end it was no goal, with the Dogs leading 2-1 after two, out shooting the Spruce Kings 15-7 to lead the shots after 40 minutes 19-18.

The Dogs didn't have the jump in the third they had in the second, and were unable to carry much of the play or generate many chances through the first half of it. The Spruce Kings would get the equalizer just over seven minutes into the third on a pass from behind the goal line out to the top of the crease that was one-timed home five-hole by Tanner Campbell through the legs of Claeys for his second of the game to make it 2-2 from Jarod Hovde and Kyle Johnson at 7:24 of the third. There wasn't much in the way of glaring chances the rest of the way, until the Bulldogs drew a four minute power play with just over five minutes to play in regulation. They weren't able to generate a Grade A chance to get the winner before they took a penalty two minutes into it to make it four-aside hockey. The Spruce Kings would have a glorious chance on an odd-man rush to win it with under a minute to play, but Brody Claeys came up with a game saver on Braiden Epp to keep the game tied and force overtime. Third period shots favoured the Spruce Kings 8-5 for a 60 minute advantage of 26-24.

The Spruce Kings would have three fantastic chances to win it early in OT, but Brody Claeys saved the day on first Ryan Fritz in alone, and then Kyle Johnson twice on a net drive and a rebound. The Dogs would also get their chances through overtime, but nothing at the quality of the chances the Spruce Kings had. The Dogs out shot the Spruce Kings 6-4 in the first overtime, and the shots were tied at three aside in the double OT. In the end neither team would find the net through the first or second overtime as the game ended in a 2-2 draw.

With the tie the Dogs are unbeaten in two, and are now a single point back of the Grizzlies for 4th place in the Island Division. They visit Merritt for a 7:30 start tomorrow night.