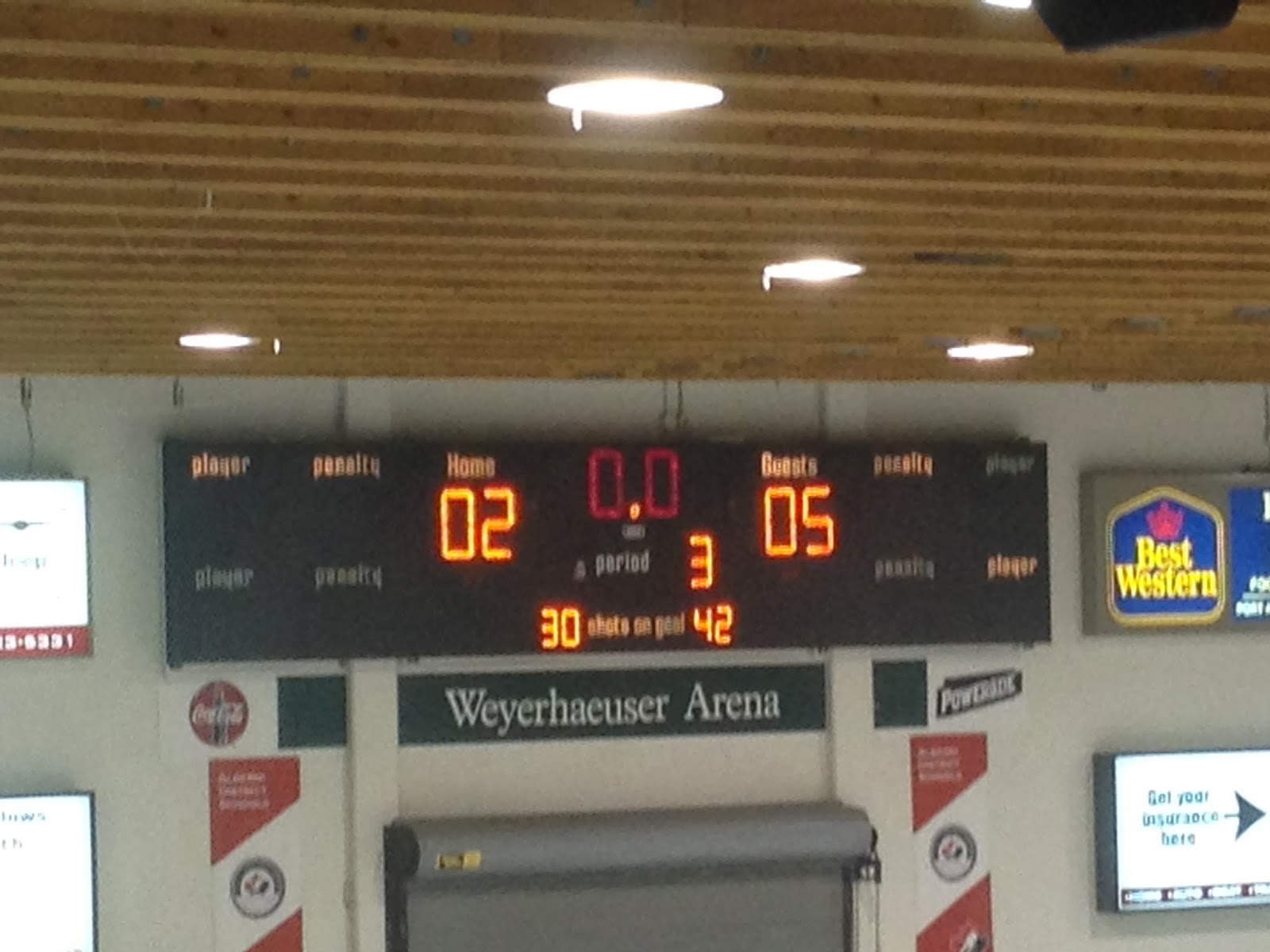 A very good start to the game with great pace early and no whistles over the first several minutes of the game. The Dogs had an early 5-1 lead in shots, with good chances for Justin Georgeson on a 2 on 1 where Andy Desautels made a good glove save, and a Craig Martin bid from the slot that just missed the net. The Bulldogs would take a 1-0 lead late in the frame on a wrap around by Zak Bowles where he raced to the puck after a draw in the Warriors end. Zach Funk picked up the only assist on the play at 15:02 of the first. The Warriors would push back and had a great chance to tie it on a Matt Anholt breakaway but Nathan Warren came up with a big blocker save to keep it 1-0 Dogs after one with the Dogs leading the shots 11-10.

The second period started with the Warriors on the man-advantage looking to tie the game, but the Bulldogs did a good job killing it off. The score stayed 1-0 all the way until the back half of the second period when the Dogs doubled their lead as they got the puck deep into the Warriors zone and won a series of battles to retrieve it and get it to the front of the net to Tryg Strand who jammed it through Desautels. Assists on the play went to Hunter Stewart and Justin Georgeson at 10:08 of the second. The Bulldogs would have several good scoring chances late in the period to build the lead but they couldn't find the net as it stayed 2-0 after two with the Dogs leading in the shots 23-18.

The Warriors came out in the third period and battled hard to get back in the game, with the Dogs doing a good job to protect their lead on a Warrior power play early in teh period. The Warriors would get on the board on a mad scramble at the Dogs net as Nathan Warren dove out to cover the puck and appeared to have it for a fleeting second before it came free and onto the tape of Tyson Dallman who jammed it up and over Warren to get the Warriors on the board and make it 2-1 Dogs at 9:40 of the third with Seb Lloyd picking up the only assist. The Bulldogs would protect the lead with a huge penalty kill shortly afterwards to keep it 2-1. The Warriors would end up getting the tying goal in controversial fashion as coming off the Media Timeout when a Linesman dropped the puck while a Bulldog Defenceman was talking with the Referee at the side of the net. The draw ended up in the Dogs net one second later where the Defenceman might have been as a cross-ice pass was one-timed home by Tyson Dallman to make it 2-2 at 14:24 with Matt Anholt picking up the only assist although it was Adam Plant who fed Dallman. Despite the Bulldog protests, the goal stood. That goal would prove huge just a minute later when the Warriors went ahead 3-2 when a shot from the right point was blocked and ended up on the tape of Liam Blackburn in the slot where he fired it past Warren, low stick-side. Taki Pantziris picked up the only assist at 15:31 of the third. The Dogs would go for broke pulling their goalie for the extra attacker with just over a minute to play but the Warriors would get the insurance marker as Adam Plant did a good job to carry it out from behind the net all the way to centre ice before hitting the empty net to make it 4-2 with 1:12 to play. Assists on the play Ryan Fraser-Lee and David Pope, but Plant did it all himself. The Warriors would hit the empty net once more with less than a second to go as Jason Cotton made it a 5-2 Final. Assists on the play went to Seb Lloyd and Jordan Masters at 19:59.

The Dogs are right back at it tomorrow at 1:30 when they host Powell River. A great battle by a ragged Bulldog crew against one of the best, and without question the hottest team in the entire league.