Rivalries - Bulldogs vs Clippers/Caps/Grizz...don't ever let it get to this 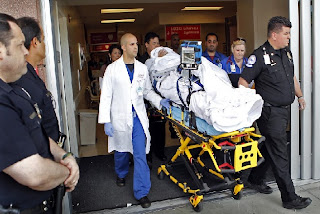 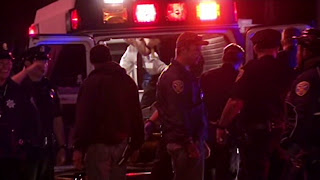 It's pretty sad that society has come to this isn't it? I have seen some nasty stuff between Hockey fans from Manitoba to Saskatchewan to Alberta and yes even in B.C. and right here on the Island. I'm happy to report I have never seen anyone beaten and I have never seen a gun drawn. HOWEVER - I actually saw someone bloodied once. It was after Game 1 of the Western Conference Final 2006 outside Arrowhead Pond (now Honda Centre) in Anaheim. Ducks fans and Kings fans arguing, insulting, and then coming to blows. Oiler fans were looking on amused, possibly thinking "We aren't even this tough in Edmonton"

What the heck is it with people down there?

PLEASE people, remember it's just a game. A GAME. Not worth going to jail for or killing anyone for. Remember as much as we are rivals, we are neighbors and friends and we shouldn't let the team we cheer for drive us to be like animals instead of HUMANS.